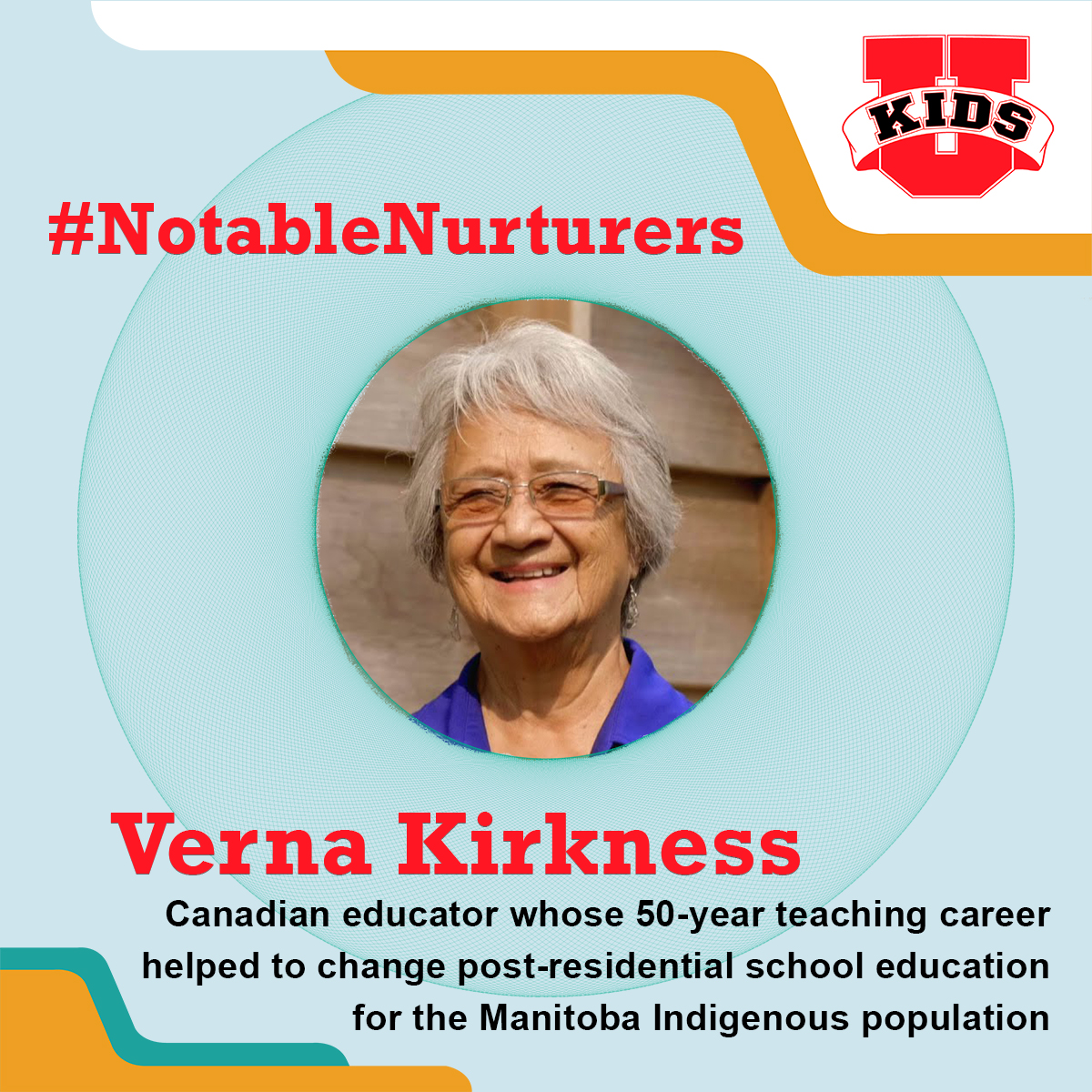 Today, Verna Kirkness is known throughout Canada for her significant contributions to Indigenous educational policies. She is an Associate Professor Emeritus at the University of British Columbia, and holds honorary degrees from four esteemed Canadian universities. She was bestowed the Order of Canada in 1998, the Order of Manitoba in 2007, and the Queen’s Golden Jubilee medal in 2003.

Despite having all of these prestigious honours to her name, Verna Kirkness will never forget and never stop fighting for her beginnings and for the Indigenous people and culture.

Born in 1935 to the Fisher River Cree Nation in Manitoba, Kirkness’ passion for learning began as soon as she could walk and talk. At the age of four, Kirkness recounts that she would walk to the nearest local school to knock on the door, in hopes of being admitted and being able to attend classes.

She’d never seen an Indigenous teacher, and certainly never had one throughout her schooling. As a non-status Indian, Kirkness was separated from her Indigenous peers upon entering Grade 8. While all of her friends were sent to residential schools, she attended a local high school in Teulon, Manitoba.

The passion for teaching stayed with Kirkness all throughout her high school years, and prompted her to earn her teaching diploma in the 1950s. As an official teacher, Kirkness felt her calling was to return home to River Cree Nation, where she had plans to teach among her own family, friends and culture.

The conditions that she found during her first teaching job at Birtle Indian Residential School deeply saddened her, and despite the school administration urging for her not to return the following year, Kirkness vowed to stay. The Indigenous children were connected to her; like Kirkness in her youth, they also had never had an Indigenous teacher, and the cultural connection was unbreakable.

Kirkness continued to work at residential schools, and vowed to make the educational experience for Indigenous people a better one. She began working on a policy that would allow Indigenous peoples to have more say in the education that they received. Her work on this led to the Indian Control of Indian Education policy, which was passed in the 1970s.

Since then, Kirkness broadened her reach, founding a research association and forging partnerships with other Indigenous peoples around the world, from North America, to New Zealand, and even to the former USSR.

It is a career and passion that Kirkness has dedicated her life to for the past 70 years, with no signs of slowing down.

With Kirkness as the face for equal and inclusive education, the Indigenous communities in Canada have seen a great surge in opportunities for their members, and a brighter future for the peoples who shaped Canada.